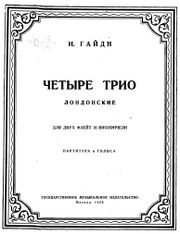 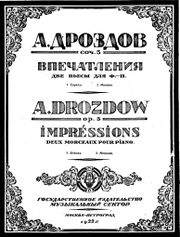 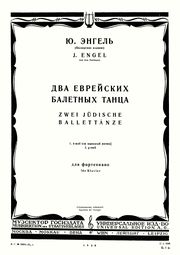 Early Soviet Period (1918-1945)
Muzgiz (in Russian: Музгиз), or Gosudarstvennoye Muzykal'noye Izdatelstvo (Государственное музыкальное издательство), was the Soviet State Music Publishing House that incorporated P. Jurgenson following a decree by V. I. Lenin. After nationalization in 1918 the firm was known by the acronym Gosmuzizdat (Госмузиздат), becoming Gosizdat Muzsektor (Госиздат Музсектор) in 1922, and Muzgiz in 1930. From 1964 to 2006 it was known as Muzyka (Музыка).

In addition to the Moscow facility, branch offices operated in other Soviet cities, notably Leningrad (St. Petersburg) and Kiev. From 1918 until the 1930s, the State enterprise frequently reprinted items that had been first issued by Russian publishers Jurgenson, Belaieff, Gutheil and others, often retaining the original plate numbers.

Later Soviet Period (1945-1990)
The Soviet Composers Union established its own publishing enterprise, Sovetsky kompozitor (Советский композитор), in 1956 to publish new works due to the heavy production schedule at Muzgiz, whose resources were then directed towards the complete editions of Pyotr Tchaikovsky, Mikhail Glinka, Nikolay Rimsky-Korsakov and numerous folk-music projects. Sovetsky kompozitor was later incorporated into Muzgiz as part of the 1964 reorganization, but regained its semi-independence three years later because of continuing delays.

Several Muzgiz publications were issued simultaneously by Western publishers, such as Universal Edition and Oxford University Press, begining in the late 1920s as a result of the New Economic Plan. A significant number of complete editions by Muzgiz and Muzyka are now in the public domain, and many western publishing houses have issued them in reprint editions.

Post-Soviet Period (1990-present)
Works of Soviet-era composers like Sergey Prokofiev and Dmitry Shostakovich were acquired by the Wise Music Group in the great sell-off of the 1990s and are issued under the name of G. Schirmer, Moscow.

Muzgiz continued to exist as a state-owned company until 2004, when it was privatised and reverted to its original name of P. Jurgenson [1]. Sovet. Kompositor still publishes out of its (newer branch?) in St. Petersburg.

The plate imprints are often in the form of M. ##### Г. (usually transliterated by western music librarians as M. ##### G.), earlier publications bear Г.M. #### И.M. (G.M. #### I.M.) as imprint. This numbering system was abandoned with the name change to Muzyka in 1964 (see below). Titles are frequently printed in two columns, the left column translated into German, French or English with the right column containing the Russian title.

In 1964 Muzgiz introduced a new system of plate numbers, starting sequentially from the 900s upwards, and lacking any prefixes or suffixes. However, many editions were offprints from some of the complete works series issued for Russian composers like Tchaikovsky, or isolated publications of certain composers (like Rachmaninoff) who were semi-outcasts in the USSR, miscellaneous editions of works by foreign composers, transcriptions, etc. In such cases the plate numbers reflect the date when the copy in hand was actually issued - even if it was merely a later printing of a work published many years before. Thus, the piano four-hand transcription of Medtner's Piano Concerto No.1, Op. 33 listed below (Plate 12008), which has a printed date of 1983 on the title page, is probably an offprint from the complete works first issued in the late 1950s and early 1960s (see above). Likewise, there are numerous offprints from Pavel Lamm's 1947-48 edition of Rachmaninoff's piano works which have plate numbers and actual imprint dates ranging from the 1950s all the way up through the dissolution of the Soviet Union in 1990. Unfortunately, such practices mean that the Muzgiz plate numbers are a no more reliable indicator of the date that a particular item was first published than the printed date on the score itself.

In the form of C. ##### K. (number only listed here) - this should probably be moved now to Sovietski Kompositor, and workpages should be linked to that publisher page rather than here.

Some of the post-2004 plates (e.g. Slonimskii works) above may belong to a different publisher, from St. Petersburg, one of whose names is also, at least according to some libraries, Sov. kompozitor. The history of this newer company, and its plates, may need a new section and plate table, or a new page? - ES

**This is a Leningrad Sov. Komp. plate rather than Moscow, which may explain the conjunction of early plate and late date as well as anything (this company, as noted just above, still exists, though now with a Sankt Petersburg address of course.)