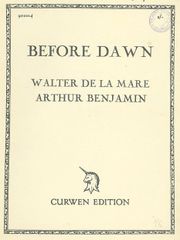 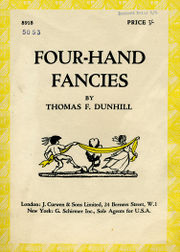 This publishing house was founded in 1863 when John Curwen (1816—1880) bought Grammar of Vocal Music, Tonic Sol-Fa Association, Standard Course of Lessons, and the Tonic Sol-fa Reporter and Magazine of Vocal Music for the People. The company was later named the Curwen Press, working both as a music and book publisher, but J. Curwen & Sons became independent in 1933, and continued to operate until the 1970's. It was an imprint of Music Sales Ltd until 2018, when Music Sales sold its printed music division to Hal Leonard.

In addition to the vocal series there were a few historical publications, such as Purcell’s Fantasias for strings and Byrd’s Mass.