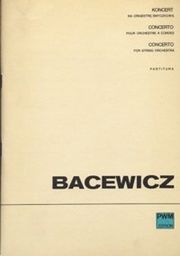 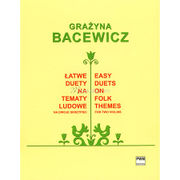 In April 1945 the assets of Towarzystwo Wydawnicze Muzyki Polskiej were transferred to Polskie Wydawnictwo Muzyczne (PWM), based in Kraków, which had been organized earlier by Tadeusz Ochlewski. PWM was the only music publisher operating in Poland for many years after the establishment of the communist regime.
As for repertoire, there were three distinct parts. First there were works by Polish contemporary composers, both those reaching maturity in the 1930s such as Grażyna Bacewicz (1909—1969), and also the avant-garde school of the 1960s, including Penderecki, Lutoslawski Schaeffer and Gorecki. This was a continuation of Towarzystwo Wydawnicze Muzyki Polskiej's mission. Secondly there were Renaissance and Baroque works, maintaining the work of the pre-war Polish Early Music Press, founded in 1928. Finally there is a set of critical editions of Polish composers such as Chopin, Moniuszko, Wieniawski and Szymanowski.

Plate prefix is PWM (e.g. PWM 237, PWM 9414). A separate table could be created for items for which the prefix is something different, or PWM could be reinserted?

Note re 7408- actually almost (entirely) definitely 1974, but score has "©1794" which could conceivably be a typo for something other than 1974... (It is not a faux-Classical-era work.) (The work was, according to notations in the reduced score, composed in 1950 and dedicated to Szymanowski.)