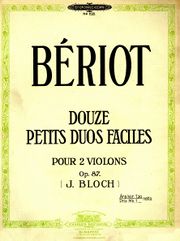 This firm was Hungary's second main publisher after Rózsavölgyi
It was founded 1889 in Budapest by Károly Rozsnyai, Later on, the management was taken over by a Róbert Rozsnyai, presumably a son or another family member. Publication activity was heavily concentrated in works of a pedagogical nature, with a number of works contributed by faculty of the National Hungarian Royal Academy of Music: József Bloch (violin), Coloman Chován and Arpad Szendy (piano) and Albert Siklós (voice). Béla Bartók contributed editions of Bach's Wohltemperirte Klavier and of works by Couperin, Mozart and Scarlatti in the early years of the 20th century. Several of Bartók's early original works were first issued by Rozsnyai as well, including the 14 Bagatelles and the 2 Elegies. The firm was absorbed by Rózsavölgyi és Társa in 1936.

Dates in italics are estimated dates.