Erm. The accepted informal names for this piece are: Rondo in D major; alternate (later-composed) finale to the Piano Concerto no. 5; but where is it ever referred to as Piano Concerto No. 28? In that case one might include the harpsichord concerto whose existence is attested to in an early biography (if I remember?), that Wolfgang wrote at age 4 or so, and go whole hog and make this one-movement set of variations, not meant to be played separately really, no. 29, for some reason. Or Not, rather. Eric 12:23, 5 December 2008 (EST)

Hello Eric,
I think your answer is here: 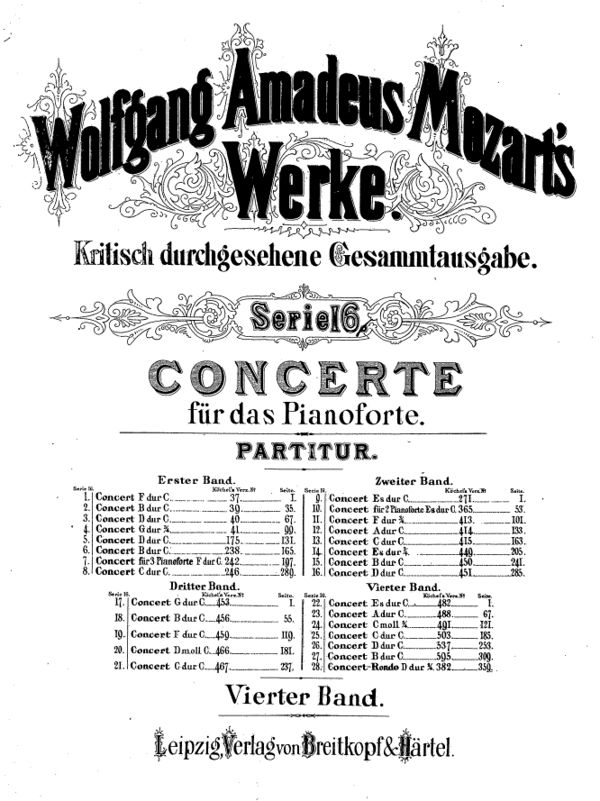 Obviously someone hasn't read the title page for the B&H complete works very carefully, where “No. 28” is clearly a Concerto–Rondo, not a Concerto. In any case, I'll move the page for parity with the other well-known (but fragmentary) Rondo in A, K.386, which will solve the matter neatly. Regards, Philip Legge @ © talk 10:09, 14 April 2009 (AEST)