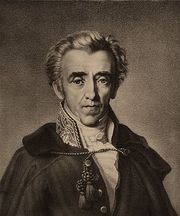 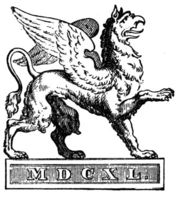 The Gryphon or Greif, logo since 1839

The firm was founded by Johann Georg Cotta (1631-1692) in 1659 in Tübingen after he had taken over the university bookseller. The business passed to Cotta's son, also Johann Georg after the founder's death in 1692, and then to the latter's eldest son (Also Johann Georg) in 1712 and to Christoph Friedrich Cotta (1730-1807). The most famous Cotta was Johann Friedrich Freiherr Cotta von Cottendorf (1764-1832), an energetic publisher, businessman and public servant, who must be the only publisher to have also founded a steamboat company.

The firm stayed in the family, initially prospering because it had the monopoly of publishing Goethe and Schiller (until 1867) but in 1889 it passed out of Cotta family hands after 200 years, bought by Adolf and Paul Kröner. Its music publishing activity seems to have been between 1863 and 1910, mostly of the Viennese classics apart from a few songs by von Hornstein, piano teaching editions and thelike.