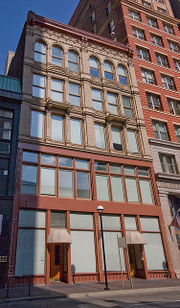 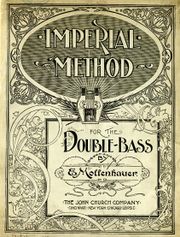 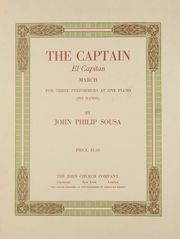 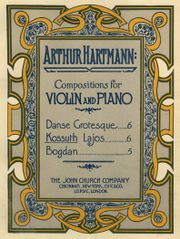 John Church Jr. founded his firm of music publishers on April 21, 1859, when Ditson bought out Truax & Baldwin in Cincinatti. In 1869, John Church, purchased the half-interest of Ditson, and established John Church Co. He then bought out George Root and Sons (1873). James R. Murray became director of publications in 1881, editing the Periodical Music Visitor. Church published a large quantity of Sousa's music, in addition to other American music. Theodore Presser Co. acquired the firm in 1930.

Their final Cincinnati location as of 1885, the year in which his company was also incorporated under law (it was established in 1859 but only formally incorporated in 1885), was at the John Church Company Building, now listed in the United States National Register of Historic Places.

(Partial and Approximate List- there may be more addresses between 1859 and 1885 in Cincinnati, for example, though their address there, at least, was settled afterwards until 1930. Main branch was in Cincinnati, Ohio, USA, though a branch formed by 1883, J. Church, in New York City. Address often not on score covers.

Format: ##### - ## the numbers after the hyphen designate the number of music plates for the particular work and are only ancillary to the number itself.