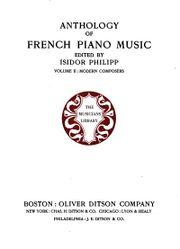 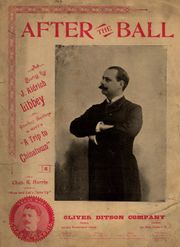 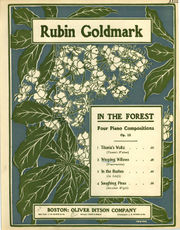 Ditson's claim to being the USA's oldest music publisher traces its history to the firm of Ebenezer Batelle, who started selling music from his "Boston Book Store" in 1783. This concern was sold to Benjamin Guild in 1785, who added a circulating music library and issued new publications. Upon Guild's death in 1796, the enterprise was taken over by William Pelham, who was succeeded by William Blagrove in 1804.

Tremendous expansion followed in the period after the civil war (1870-1900), fueled by the acquisition of the catalogues of more than 50 American publishers, including those of the New York firms William Hall & Son (1874) and John Firth & Son (1867). By Ditson's death in 1888, the company was the largest enterprise of its type in the United States, with subsidiary companies established in New York (C.H. Ditson), Philadelphia (J.E. Ditson), Cincinnati (John Church) and Chicago (Lyon & Healy), with a catalog of more than 100,000 titles.

In addition to publishing music in all genres, Ditson issued an important American music periodical. Initially named Dwight's Journal of Music (1868), it was renamed The Monthly Musical Record a decade later (1879), then simply The Musical Record (1898), and finally The Musician (1901), only ceasing publication in 1919. Ditson started an ambitious series, The Music Students Library, in 1897. The most famous volumes of the series are the section devoted to piano and vocal music entitled The Musician's Library, consisting of over 100 volumes - each edited by a renowned musician - that was started in 1903. Ditson continued to operate in Boston until it was finally sold to Theodore Presser of Philadelphia in 1937.