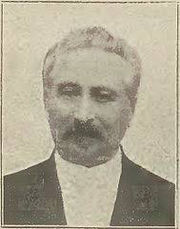 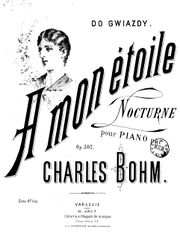 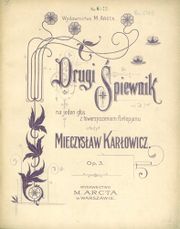 Arct started as Stanislaw Arct's (1818-1900) bookshop in Lublin in 1838 and first published books and music there in 1855. After moving to Warsaw in 1887 Arct, directed by the founder's nephew Michal Arct (1840-1916) published a wide range of books and music. It first published mainly popular piano music for home use, but from about 1900 the editions were more scholarly, edited by Warsaw Music Conservatoire teachers such as Jan Łysakowski, Aleksander Różycki, and Aleksander Michałowski. Michal Arct's son Jerzy took over the firm in 1930.

Sadly, despite the owners' efforts, the firm did not survive long after the war, since the new communist government was hostile to private business. After Arct's premises were destroyed in 1945 Jerzy and his cousin Stanislaw Arct rebuilt the firm, opening the bookshop on 24th October 1945 at 35 Nowy Świat. The family of Michal Arct's other son, the book publisher and seller Zygmunt Arct (1871-1935), Zdzysław and Bohdan took over the name of the publishing company (M. Arct Zakłady Wydawnicze Sp. Akcyjna) and moved the premises to Wroclaw. However, within seven years all Arct businesses ceased their activity: the bookshop in Warsaw was closed down in 1950, the Wroclaw firm in 1949, and the publishing business in 1952. The legal corporation was dissolved in 1959. As in other communist countries, music publishing was continued by a state enterprise, namely Polskie Wydawnictwo Muzyczne, until 1991.