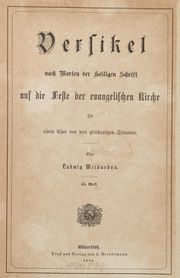 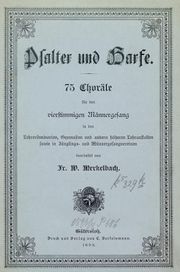 Founded in Gütersloh in 1835 by Carl Bertelsmann (1799-1850). C. Bertelsmann Verlag specialized in books, including hymn books, for the "Minden-Ravensberger Erweckungsbewegung", a Protestant revival movement. Under his son Heinrich (1827–1887) and grandson-in-law Johannes Mohn (1856-1930), who married his granddaughter Friederike (1856–1946), and Johannes Mohn's son Heinrich (1885-1955) the firm expanded its publications to include school and textbooks, and in the 1920s and 1930s increasingly entered into the field of light fiction. Heinrich Mohn's son Reinhard Mohn (1921-2009) presided over its growth, from the 1950s, into a major publishing corporation, which now owns many famous brands such as Penguin Random House.
As for music publishing, Bertelsmann Music Group operated from 1986 to 2008, and BMG Rights Management is still active in the popular music business. The firm also owns the Ricordi archivio storico.