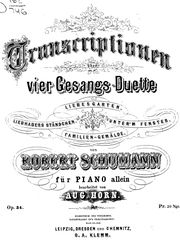 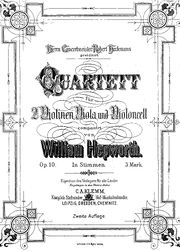 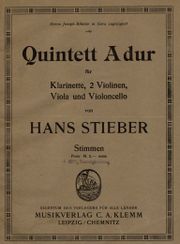 In 1806 the publisher and music trader Carl August Klemm founded a musical instrument shop in Plauen, in the south of Saxony, but within a year moved it to Leipzig. He started publishing in 1821, and also established a lending-library. From 1830 to 1838 the firm was known as C. A. Klemms Erben. The mid-century saw considerable expansion, with branches opening in Dresden and Chemnitz, and the takeover of Gustav Crantz in Berlin (1836) and several other smaller publishers.

The catalog consisted mainly of domestic works- songs and piano music, with Lachner and Abt well represented in the first half of the century, and J. Rietz, Sitt and Wilm in the later years. Several house arrangers, such as C.T. Brunner and C. Burchard, were very active. A small number of works for strings were also published, by Dotzauer and H. Schmidt (cello) and Reinhold Becker and A. Wolfermann (violin). One particularity was that they manufactured plaster busts of famous composers to decorate pianos. HMB lists 800 works in the period 1832-1900.

C. A. Klemm was managed until 1886 by Christian Bernhard Klemm who handed it over to his sons Oswald (d. 1908) and Felix in 1887. From 1888 it received its letters patent and was known as Kgl. Sächs. Hofmusikalienhandlung (Royal Saxon Court music shop, or supplier of musical goods to his Majesty the King of Saxony). In the 20th century Felix Klemm’s widow, Susanne took over the management in 1914, with Bernhard Klem, Oswald’s son as a partner. Finally in 1933 the firm was sold with its catalog of 1.900 titles to Wilhelm Gebauer of Leipzig, and the stock was sold to Botho Becker in 1937.

C. A. Klemm's plate numbers were issued in a regular chronological fashion. Plate numbers are in the format of ###. Dates in italics are estimated.