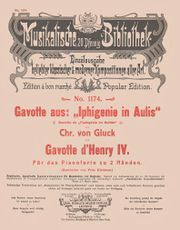 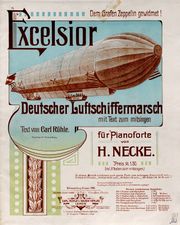 This Leipzig publisher was best known for its late 19th century bargain Musikalische Bibliothek popular series, competing with series such as Schott's Einzel-Ausgabe.
The firm was found in Leipzig in 1880 by Carl Wilhelm Theodor Rühle. Although it was generally known as Carl Rühle, in the early years of the firm there were several name changes reflecting new partners in the management: for a brief period of two years (1882-1884) it was known as Rühle und Rüttinger acknowledging Johannes Ferdinand Rüttinger’s participation, then from 1884 to 1885 Fritz Carl Louis Milkuhn, a new partner, caused the name to be change to Rühle & Milkuhn.

From 1885 there was a period of stability in which the firm prospered. By the end of the century the firm had published an estimated 1300 works, according to Hofmeister's Monatsberichte. Most of the items were dances and other light pieces, especially for the piano.

As with most Leipzig publishers, the first two decades of the 20th century brought many changes. First, the legal status of the firm was changed into a public company (Handelsgesellschaft) in 1902, with Carl Wilhelm Theodor Rühle and Richard Wilhelm Carl Rühle as the owners, joined by Fritz Julius Eugen Rühle in 1909. Then, the founder finally retired after 38 years, in 1918, leaving the firm to be managed by his sons.

Although the firm continued trading until the 1940s, it never recovered from the bombing of its premises in 1943, and it was officially closed in 1947.

Incidentally, the firm was not connected to the accordion music publisher Robert Rühle in Berlin.

Carl Rühle's plate numbers were issued in a regular chronological fashion. Plate numbers are in the format of C. #### R. Dates in italics are estimated.