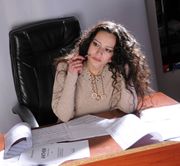 She is an author of a number of orchestral, chamber, choral, vocal works, have been performed in Armenia, Russia, Canada, USA, Brazil, Switzerland… Among her prizes: Third prize in Young composers competition dedicated to the 90th anniversary of Benjamin Britten, 2003 (“Anthem”) An Award from the World Armenian Congress for creative achievements, 2009, (“Lord , Have Mercy On Us” choral cycle). The winner of the ALS International Choral composition competition 2014,(“From “Ts-y to Ts-y”) The winner of “Best choral composition of the year” 2017, (“Agnus Dei”) The winner of International Music contest IMelody 2017 (5-th place),(“Ode-Elegy to Varouzhan”). The winner of “Best chamber composition of the year” 2018, (“With the Wing of Hazaran Bird” for Armenian Viola and Harp). Among her published works: “Neumes” for flute and clarinet, “Aravot Luso or Tagh of the Resurrection” concert for choir and theremin, Antology of Choral compositions dedicated to Armenian Great Genocide, Armenia. “The Labyrinthes of Memory” string quartet, “Ode-Elegy to Varouzhan”, «“A une Dame créole”- Da Vinci Publication, Japan. She is also a singer of ancient spiritual music-Taghs and sharakans.