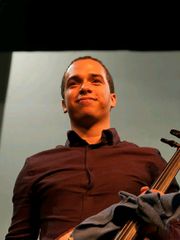 Bruno Lima began his studies on the cello in a social program on a Federal Institute in 2012. After a period without a regular teacher, he made up to pass on the Bachelor’s Degree at UFRN in 2016 to study with Fábio Presgrave and had been principal cellist of the university orchestra for two consecutive years. He participated in important festivals of music in Brazil such as Brasília Summer Course, Rio International Chamber Music Week besides his performances in chamber music ensembles all around the country. He has collaborated with musicians such as Gustavo Tavares, Natasha Farny, Romain Garioud, Márcio Carneiro, Daniel Guedes, Martin Osten, David Koorevar, Maja Bogdanovic, Leonard Elschenbroich, Henry-David Varema.

The following 1 pages are in this category, out of 1 total.