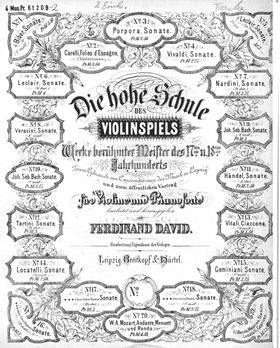 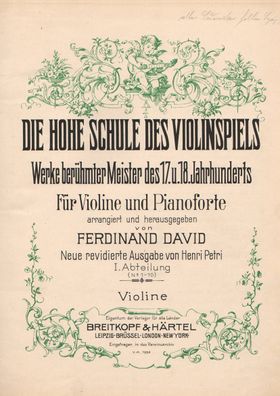 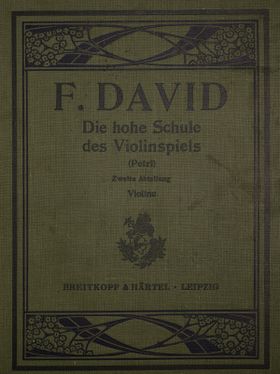 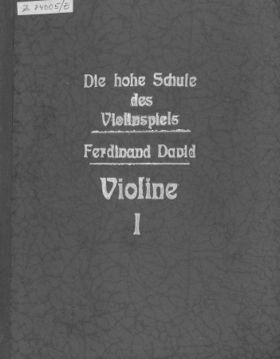 This extremely popular collection of 20 eighteenth-century works was arranged by Ferdinand David (1810-1873), and first published by Breitkopf & Härtel in May of 1867, with another 3 works appearing in October of 1872. Along with several reissues by Breitkopf, the collection was extensively reprinted by other publishers in the decades following David's death, most often with editorial additions from well-known violinists and pedagogues. Despite some serious criticism from the musicologist Hans Joachim Moser for indulging in heavy and overly romantic editing of the original works, the collection remains an important milestone in the re-introduction of Baroque style.

Two companion series were published about a quarter century after the initial publication. There was a viola version Die hohe Schule des Violaspiels in 1899, arranged by Friedrich Hermann. Hermann added three works including the Stamitz viola concerto in D. On the other hand the series Die hohe Schule des Violoncellspiels was arranged by Friedrich Grützmacher and published by Breitkopf between 1891 and 1905. It contains 11 entirely different works, only three of which are from the Baroque period.