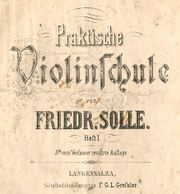 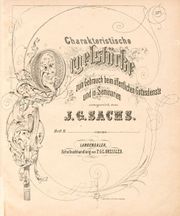 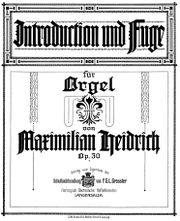 This firm, known as Schulbuchhandlung operated from 1862 until the early 20th century in Langensalza (now known as Bad Langensalza), a small town in north-west Thuringia. It produced mainly educational and church music. Its output was small, only 100 items in the first 40 years, and the most productive period was 1860 to 1890.
It appears that Gressler was the successor to the Schulbuchhandlung des Thüringischen Lehrervereins which operated from 1842, since his firm re-issued several of their publications.

Gressler produced many works for piano by F. A. Gressler and W. Popp, and for violin by Stockmar, Kretschmar and Friedrich Solle.

F.G.L. Gressler's plate numbers are in the format of ###. Dates in italics are estimated.