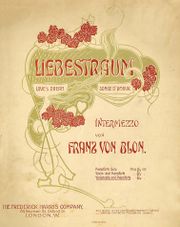 Frederick Harris (1866-1945) founded the firm in London in 1904, and opened a Canadian office in 1910. Since then it has become Canada's major music publisher, especially providing for the needs of studio teachers and their students.

Frederick Harris's plate numbers were issued in a regular chronological fashion. Plate numbers are in the format of F.H. ####. Dates in italics are estimated.