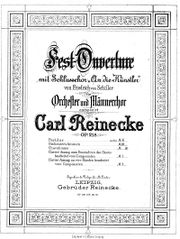 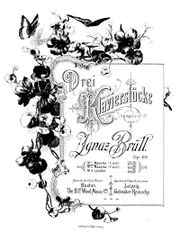 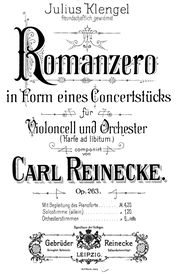 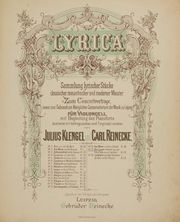 The company published many works by Reinecke, songs and piano pieces by composers such as Josef Liebeskind and Arnoldo Sartorio, and string works by Moritz Scharf, Hans Sitt (violin), and Julius Klengel (cello) including Lyrica, a series of arrangements for cello (Klengel). There were some historic items, such as a series of Dittersdorf works to commemorate the 100th anniversary of his death in 1799 (see his Symphony in F major), and a book on the Mozart piano concertos. Production was fairly vigorous, for example 40 items in 1895.