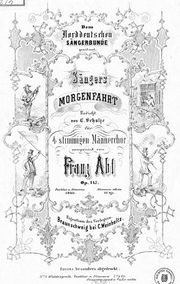 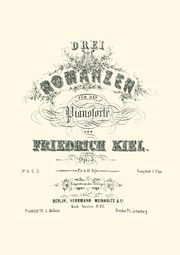 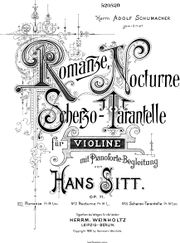 This firm, first known as C. Weinholtz, started in Braunschweig, North Germany in 1840. From 1861 Hermann Weinholtz (the first name was in fact written with two r's: Herrmann) operated a branch in Berlin, and from 1899 in Leipzig, while production in Braunschweig stopped in 1883. The catalog consisted of domestic music- songs and dances for piano, but later larger scale music making was provided for by a Salon-orchester series and Richard Hofmann's Hauskonzert series, similar to Potpourris.

Hermann Weinholtz plate numbers are in the format of H.W & Co. ###. Dates in italics are estimated.