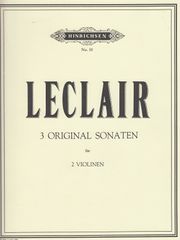 Typical cover, in the Peters tradition

For a full biography of Max Hinrichsen by his daughter, Irene, see here

Hinrichsen published organ music, brass band music and contemporary composers. It was involved in a famous lawsuit (1950-51) with Novello and Co. over the copyright of Christian Sinding's "Rustle of Spring".