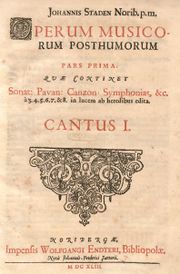 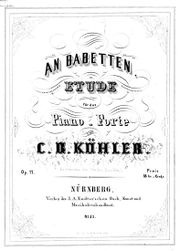 The Endter dynasty was founded by Georg Endter (1562-1630) who established a publishing house in Nuremberg in about 1600. Production continued, mainly of bibles and Protestant devotional literature, including hymn books, for over 200 years, until 1855. In the late 17th century Michael Edtner published some vocal works by Samuel Capricornus, a contemporary of Schutz, and Schmelzer's violin sonatas. HMB records a few dances for piano from 1847 to 1852.