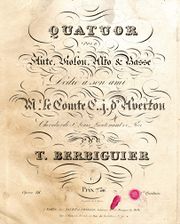 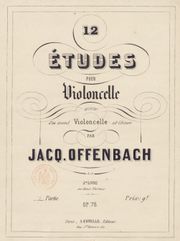 Founded in 1810 by Pierre-Honoré Janet (d.1832) and Alexandre Cotelle (1786-1858). Janet learned the publishing trade via apprenticeship with his father Pierre-Etienne Janet (1746–1830) and his purchase of the music section his father's firm formed the basis of the new enterprise. Important catalogues absorbed by Janet et Cotelle include those of Imbault (1812), Décombe (1821), Boieldieu Jeune (1824), and Ozi et Cie. (1825). The firm operated as Janet et Cotelle until Janet's death in 1832 and for a short time thereafter, possibly until bankruptcy in 1836. Approximately 2500 titles were in the catalogue by this time, including important early editions of chamber music by Boccherini (93 quintets, 52 trios), Beethoven (trios, quartets, quintets) and Haydn (quartets).

Cotelle continued the business under his own name soon after the bankruptcy and was again in operation by 1838, though the emphasis shifted to parlor music and popular arrangements. After Cotelle's passing (1858), the enterprise continued in operation at various Paris addresses until the bulk of the catalogue was finally absorbed by Enoch Frères & Costallat in 1891.