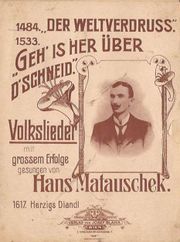 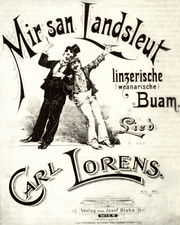 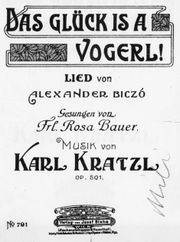 Groscher and Blaha published popular music in Vienna from 1882. The firm became Josef Blaha in 1889. The catalogue was vast, numbering 600 items in 20 years (1882 to 1902). The works were mainly short, of two types. There were firstly songs, mainly Viennese dialect comic songs known as couplets, by Karl Kratzl, Carl Lorens, Josef Modl, M.W. Pressburg, Rosenzweig, and Johann Muller. The second group was dances or marches, mainly for piano, by Drescher and Karel Komzák II. In addition there were some piano or violin and piano pieces of the Salon-stuck type by J.E. Hummel.

After the 1st World War business declined, and the firm was taken over by Universal Edition in 1924, but then sold to Bosworth in 1939.