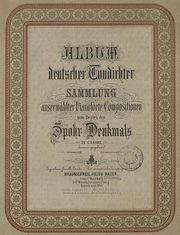 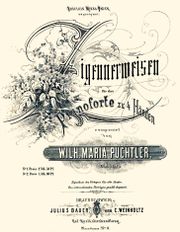 Julius Bauer competed with Litolff in the same city, but Litolff was a German giant, as big as the famous houses in Leipzig, Berlin, and Hamburg, publishing about 150 items per year compared with Bauer's 40. (figures for 1880 from HMB) Bauer's special points were that it published fewer classics and more domestic works by local composers.