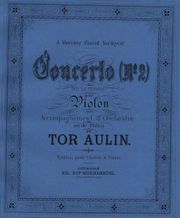 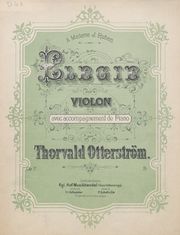 The firm was founded by Henrik Hennings (1848-1923), a music publisher and composer of songs and piano pieces. He studied at the Royal Danish Academy of Music at the time of its founding in 1867 and later studied political science and law. In his time Hennings was a prominent figure in Copenhagen: from 1880 to 1887 he was the founding manager of this publisher (Royal Court and Music Trade in English), becoming its proprietor in 1887.

Kgl. Hof-Musikhandel changed its name to Nordisk Musikforlag in 1902, with Hennings continuing as manager. In 1910 it was taken over by its only competitor in Denmark, Wilhelm Hansen. The firm promoted the works by Nordic composers such as P. E. Lange-Müller, August Enna, Louis Glass, Tor Aulin, Wilhelm Stenhammar and Emil Sjogren.

Plate numbers are in the following format: K.H.M. or N.M. Dates in italics are estimated.