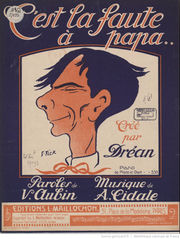 This firm operated from about 1910 to 1927 in Paris. In 1919 it was about the same size as Salabert, but was later deserted by its composers. In the early 1920s Maillochon took on a group of popular song composers who, at the invitation of Albert Willemetzon, one by one passed over to Salabert: Yvain, Moretti, Gabaroche, Mercier, Larbey and Valsien.