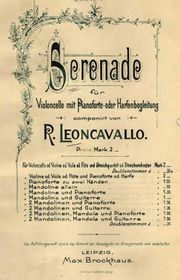 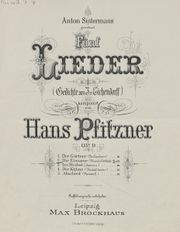 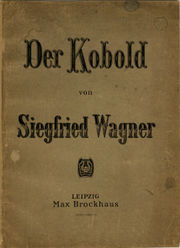 Brockhaus is the most famous German language encyclopedia, started around 1800 by Friedrich Arnold Brockhaus. Max Brockhaus (1867-1957) belonged to this dynasty. The family had strong connections with the 19th century musical world, because in mid-century two of Friedrich Arnold Brockhaus's sons married Wagner's sisters. While Max Brockhaus's brothers and cousins went into publishing, academia or politics, Max decided to use his musical leanings.

Brockhaus founded his music publishing company in 1893 by acquiring the catalogs of Hermann Haessel, Eduard Wedl, and part of the catalog of Joseph Roth. Thus the firm started with a catalog of works by Jakob Ils, Ignaz Brüll, Jacob Dont, Robert Fuchs, Carl Reinecke, Rudolf Bibl und Franz Schubert. Brockhaus took a personal interest in the music of Hans Pfitzner and began publishing his compositions in 1898, including reprints of those first published by Feuchtinger.

In 1976 the company was merged with the Bonn publisher, Joachim von Roebel (1945-2004). In 2006 there was a major revision to the company that resulted in several reprints of public domain works. On January 1, 2020, the publisher and their entire catalog was taken over by Bärenreiter.