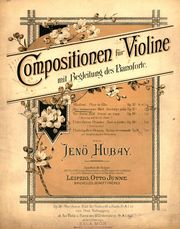 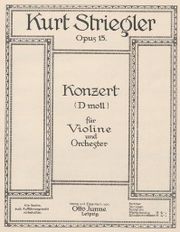 This firm was founded in Leipzig in 1887 by Otto Junne (1854–1935). Subsequently, it took over the publications of Theodore Barth and smaller firms along with the German representation of Durand, according to Daniel Gregory Mason, The Art of Music: A dictionary-index of musicians.

Later, Erhard Schultz entered the firm in 1905, becoming sole owner in 1909. Junne, for his part, had purchased Schott in 1889 (and according to Mason, the Leipzig branch of Junne, as of 1917, called itself a branch of Schott frères.)


As noted in Hans Fährmann (Wikipedia), Junne's family died during the bombing of Leipzig in 1943, and much of his publishing work, including very many of the plates, were destroyed.