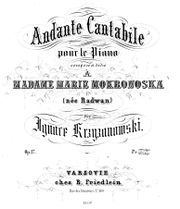 Unknown what, if any, connection R. Friedlein had with the publisher named Friedlein that operated in Kraków in the 1880s. There was also a certain D.E. Friedlein publishing sheet music in Kraków in early 1840s (Hofmeister lists several editions in 1843, 1845 and 1846). Finally, there was Friedlein & Hirsch music publisher in Leipzig.

Spiess didn't use plate numbers. R. Friedlein's plate numbers are in the format of R ### F. At first he used big numbers, then began again from R. 1 F. Dates in italics are estimated.