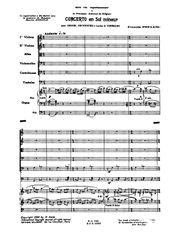 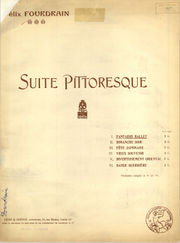 Raymond Deiss (1893-1943) published music in Paris up to 1940. He ignored commercial considerations, and favored works by Darius Milhaud (Scaramouche), Francis Poulenc (Organ concerto), Fourdrain, Joseph Canteloube, Tibor Harsányi, Félix Godefroid, Arthur Honegger, Florent Schmitt, and Marius Carman. In 1946 his catalog was bought by Salabert. Before that (around 1913) Deiss had acquired the music once published by Benoît aîné.

Raymond Deiss is mainly remembered for his role in the French Resistance. Paris was occupied from June 1940. From October 1940, Deiss published a clandestine newspaper Pantagruel which ran to 16 issues. It was distributed by the resistance group known as Armée des Volontaires. Sadly he was arrested in 1941, and along with 45 other members of the group, sent to Trier in 1942 and later executed with 6 other members in Cologne in 1943.

Deiss & Crepin plate numbers are in the format of D&C ####. Dates in italics are estimated.

Raymond Deiss's plate numbers are in the format of R.D.####.