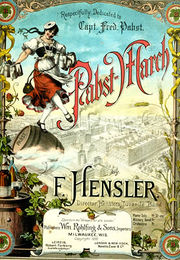 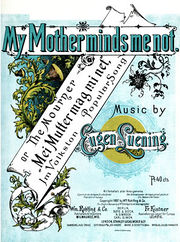 William Rohlfing (1830-1908), from Osnabruck, established his Milwaukee music publishing firm in 1878 and published both classical and salon music by American and European composers. Milwaukee composers such as Hugo Kaun, Eugen Luening, Christoph Bach, Joseph Clauder, and Charles K. Harris were all represented in the Rohlfing catalog.

Rohlfing’s firm had strong connections to European music publishers. It is common on a Rohlfing publication to see a second imprint, particularly from a Leipzig music publisher, indicating that the music was simultaneously published and distributed in Germany.