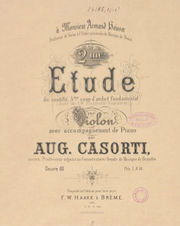 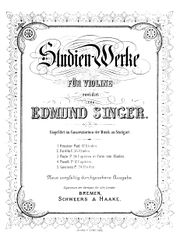 Haake started in 1879, then Schweers & Haake operated in Bremen from 1891/92, publishing mainly domestic and choral music. In 1891 the firm purchased the publisher Hugo Pohle of Hamburg. The business continued until the 1940s.