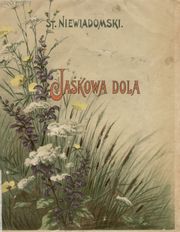 Seyfarth published music from 1873 into the 20th century in Lemberg (then in Galicia, Austrian Empire, now named Lviv, Ukraine). The catalog contained mainly solo songs, and dances for piano. The most distinguished composer was Niewiadomski. From 1890 the Seyfarth & Czajkowski imprint was used.

Another Seyfarth music publisher was active in Gotha, Thuringia from 1890. Not of course to be confused with Seyffardt's Boek & Muziekhandel of Amsterdam.