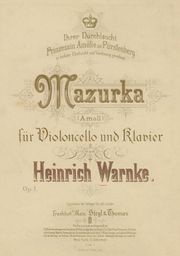 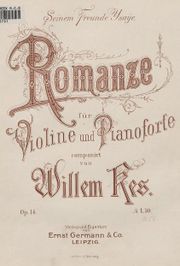 This firm founded by August Steyl (d.1902) and Albert Thomas (d.1903) published approximately 300 items in 17 years from 1883 until 1900 in Frankfurt am Main. Its catalog contained all the small forms: solo songs, male voice choruses, piano pieces, and violin and cello pieces. The firm was acquired by Cohen's Verlag of Regensburg in 1901 (which itself was acquired by Germann & Co. of Leipzig shortly thereafter).