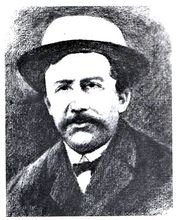 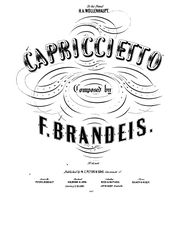 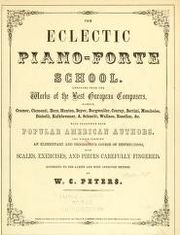 In Louisville Peters first ran a music school and music library. Then in 1840 he started a music publishing company Peters & Co which prospered as a result of selling Stephen Foster's songs. Peters next moved to Cincinnati in 1851 and started W. C. Peters & Sons a publishing firm which later had branches in Baltimore, New York, and St. Louis. (Peters & Co. used "W.C. Peters" as an imprint even between 1830 and 1849, however.)

Peters' most successful items were piano tutors, especially the Eclectic Piano-Forte Instructor ("Arranged from the works of the best European composers ... with selections from popular American authors.") (WC Peters & Sons, 1855) and Burrowes' Piano Forte Primer(1849 and 1869). Peters' Catholic Harmonist (1848) and the Catholic Harp (1862) were also important. After his death in 1866 his brother and sons J.L. Peters and A.C Peters continued the business.