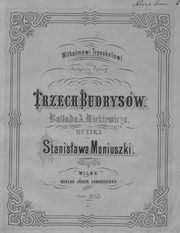 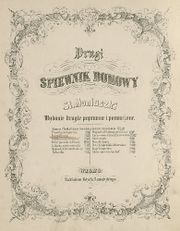 This firm operated in Wilna, Russian Empire (now Vilnius, Lithuania) from 1820. It published mainly books, but HMB shows that it published a few scores in 1856-63, mainly by Moniuszko, Poland's favorite composer in the second half of the 19th century. Another office of this firm existed in Kiev from 1851 to 1861.

Zawadzki's plate numbers were issued in a regular chronological fashion. Plate numbers appear in the following formats: ###; J.Z. ### or J. ### Z. Dates in italics are estimated.