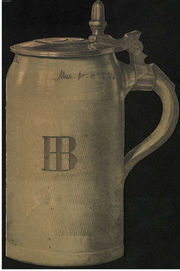 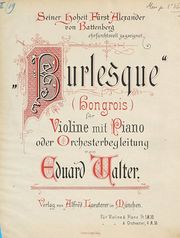 This firm was active in Munich from 1888 to 1900, specializing in marches (for brass band or piano), dances and songs. Carl Ebner and Alois Kugler appear frequently in the catalog. Many of the works had strong local connections, such as Kugler's Münchener Hofbräuhaus-Marsch. It was bought by Aibl which then became part of Universal Edition in 1904.

Alfred Läuterer's plate numbers, using the form ##, appear to have been issued in a fairly regular chronological fashion. Dates in parentheses are estimated.