This page is marked for cleanup because in table- remove links to pages (unless we have those UE scans on those pages). 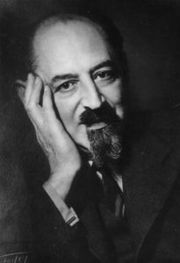 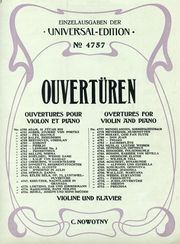 The company was founded on June 1, 1901 in Vienna by a group of Austrian music retailers who sought independence of domination from the large German firms in Leipzig. The initial offerings were geared towards the Austrian domestic market for standard classical repertoire and educational music. By the end of its first year, the U.E. catalog contained some 400 titles, dominated by works of Bach, Beethoven, Chopin, Haydn, Mozart, Schubert, and Schumann. In 1903, the Vienna publisher Ludwig Doblinger assigned its publication rights for Bruckner's works to U.E. in exchange for shares in the new company. The next year saw the addition of titles by Max Reger, Richard Strauss, and Franz von Suppe with the acquistion of the publisher Aibl. Rapid growth continued with the purchase of publishers August Cranz (1909), Otto Maass' Söhne (1918), A.J. Gutmann (1920), Hofmeister (1921), Josef Blaha (1924) and Wiener Philharmonischer Verlag (1925).

Commencing with the directorship of Emil Hertzka (1869-1932) and general editorship of Josef von Wöss in 1907, the firm entered the field of publishing new works. Some of the first contemporary composers of the period who joined the U.E. catalog were Delius and Bartok (1908), Mahler, Schoenberg and Schreker (1909), Casella, Webern and Zemlinsky (1910), Szymanowski (1912), Wellesz (1915), Janacek (1917), Kodaly (1920), Kaminsky and Krenek (1921), Milhaud (1922), Berg (1923), Weill (1924), Hauer (1925), Martin and Martinu (1926). While the initial issues of new works consisted of joint publications with other publishers like Roszavolgyi (Bartok), Harmonie Verlag (Delius) and Ricordi (Casella), the very first work issued solely by U.E. was Josef von Wöss' vocal score for Mahler's Symphony No. 8 - published just in time for the work's premiere in September 1910. Universal's distribution in other countries was expanded greatly when Alfred A. Kalmus (elder brother of Edwin F. Kalmus, joined the company in 1909. Distribution and joint-publication contracts were negotiated with Fürstner, Bote & Bock, Breitkopf & Härtel, F.E.C. Leuckart, Ricordi, and other important publishers.

After a long disruption initiated by the Nazi takeover of Austria (1938), which saw the dismissal of director Hugo Winter (who became director after Hertzka's death in 1932) and Alfred Kalmus, the firm gradually regained its prominence in the promotion of contemporary music with the restoration of the original shareholders (1952), which continues to the present day. Composers with works added to the U.E. catalog in the post-war period include Bennett, Berio, Birtwistle, Boulez, Dallapiccola, Einem, Feldman, Halffter, Ligeti, Pärt, Stockhausen, and Takemitsu, among others. Since 1914, the company headquarters has been in the Musikvereinsgebäude (also home of the Gesellschaft für Musikfreunde and the Vienna Philharmonic); with branch offices in London, New York, Mainz, Melbourne, Milan, Tokyo, and Zurich.

In October 2007, Universal's attorney sent a Cease and Desist letter to IMSLP, in an attempt to force IMSLP to apply Austrian copyright laws to users worldwide. IMSLP subsequently shut down (from Oct. 2007 through June 2008) undergoing a reorganization in the process. On July 1, 2008, IMSLP-Petrucci Music Library re-opened to the general public.

Many, perhaps a majority, of Universal's output in for the first five decades or so was engraved by the firm Waldheim-Eberle in Vienna. Eberle's work has a very distinct style, easily recognized with experience, that is exemplified by scores of the "Philharmonia" series of study scores first published by the Wiener Philharmonischer Verlag.

The copyright warning was typically situated on the upper left corner under the title: 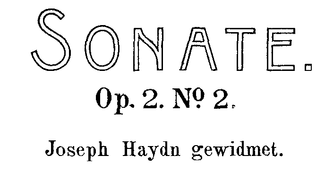