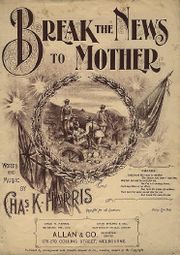 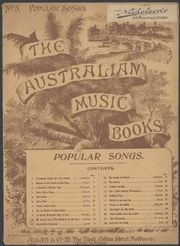 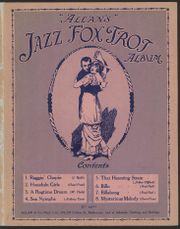 George Leavis Allan (1826-1897), from London, arrived in Melbourne in 1852, and after a short period as a gold prospector he started his musical activities.

He taught singing in the 1850s in various schools around Melbourne, and was a co-founder of the Melbourne Philharmonic Society. From the 1860s he divided his time between teaching and managing a music store.

In 1863 he joined the musical warehouse of Wilkie & Webster, established in May 1850 by Joseph Wilkie. Webster came from the English firm of Broadwood, and joined the new firm in 1862. In 1875 Allan became the sole proprietor. His son George Clark (b.1860) became a partner in 1881 when the name became Allan & Co., and continued to manage the store into the 20th century.

Allan and Co. published music from about 1880 until at least 1940. Many of the items were imported from Europe, and there were many albums, rivalling E.W. Cole’s.