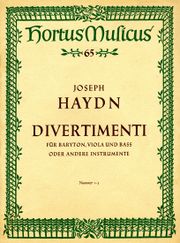 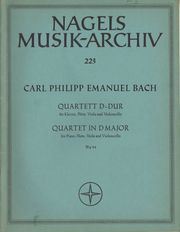 Bärenreiter-Verlag was founded in 1923 by Dr Karl Vötterle (1903–1975), initially in Augsburg, and relocated to its headquarters in Kassel in 1927. Its Basel office was founded in 1944 under threats of closure to the Kassel-Wilhelmshöhe premises, which were destroyed the following year in an air raid. After the end of second world war Bärenreiter re-established at Kassel, and new offices opened in London (1963), New York (1958), and Prague (1991). Since Vötterle’s death the company has been directed by his descendents Barbara Scheuch-Vötterle and Leonhard Scheuch. The company employs approximately 140 people in Europe, the United Kingdom, and the United States.

In 1949 Bärenreiter began publishing the encyclopædia Die Musik in Geschichte und Gegenwart (Music in History and the Present), known as [MGG]; in scope and content it is comparable only to the New Grove Dictionary of Music and Musicians. The first edition, completed in 1986, comprised 17 volumes, including two supplement volumes and one index volume. The second edition, issued from 1994 to 2007, consists of a subject encyclopedia in 10 volumes (including an index volume) and a biographical encyclopedia in 17 volumes. A supplement volume was issued in May 2008.

The main series of Bärenreiter editions are the Bärenreiter-Ausgaben [BA], with piano reduction or vocal scores usually associated with the main work as the suffix “a”, and a series of numeric codes for instrumental parts. Study scores are available under the BA series, or in a separate series, Bärenreiter-Taschenpartituren [TP]. The Bärenreiter-Verlag series of books, facsimiles, and other reprints (Bücher – Faksimiledrucke – Reprints) are issued under the series [BVK]. Other series issued include Hortus Musicus [HM], Ausgaben ohne Editionsnummern [AoE], etc.

In 1950 Bärenreiter absorbed the short-lived Johann-Philipp Hinnenthal Verlag, founded in Bielefeld in 1946. This brought the Hortus Musicus series of Baroque works, and Hinnenthal continued to work as an editor.

Since 1951 Bärenreiter has specialised in New Complete Editions series of major composers, extending and superseding the many Gesamtausgabe editions published in the 19th and 20th centuries by Breitkopf und Härtel. These scholarly-critical editions intend to represent the composer's intentions, or »urtext«, as closely as possible, and serve both “scholars and performing musicians alike while reflecting the latest findings of musicological research”.

Complete or collected editions of eg

NOTE: The manually maintained List of Plate Numbers can be found on an individual page.