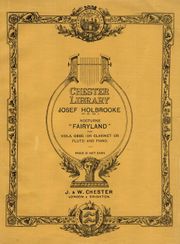 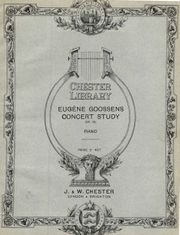 John and William Chester started the firm in the 1860s, with its office, unusually, outside London, in Brighton, Sussex. They initially distributed imported editions of classical music, mainly from the Continent.

A new owner, Otto Marius Kling (1866-1924), acquired the company before the First World War, keeping the original name, but moving the office to London. Chester attracted new composers including Stravinsky, Poulenc and Falla among others. Harry Kling (1890-1936) became managing director after his father's death.

In the 1960s it was bought by Wilhelm Hansen, which became part of Music Sales, Ltd.

Chester plate numbers were most often preceded by the letters J.W.C. or J. & W.C. until the acquistion by Hansen in the 1960s. Thereafter, the prefix CH #### is encountered, though not always. Post-1970 reprints of earlier works typically include the new CH prefix.