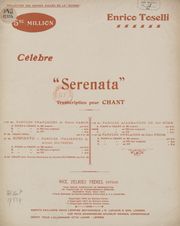 Toselli's Serenata, their most popular item 1915 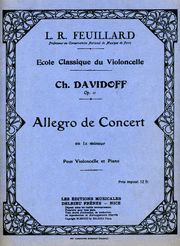 This long lasting publisher in Nice has published both popular and educational works for over 100 years.

The brothers Delrieu, natives of Tarn-et-Garonne in south-west France bought Mélomanes, a struggling publisher, in Nice in 1898. Like Paul Decourcelle (founded 1882) they benefitted from being at the heart of the entertainment world on the French Riviera during the boom years in the early 20th century. Among its popular pieces the greatest hit was Toselli's Serenata (1915).

As for educational works, they published piano and cello works, graded by level. For the cello Feuillard's cello method and Ecole classique du violoncelle series of pieces (rivalling Paul Bazelaire's collections for Senart and Leduc) was the French standard for many years. Succeeding his father Georges Delrieu (1905-1966), who was a collector of local folk music, Gérard Delrieu managed the firm from 1936 to 1966, and secured Maurice Gendron and Paul Tortelier as editors for the cello collection. Since 1998 Pierre Lemoine has been the manager. Recently the firm was bought by Éditions Henry Lemoine of Paris. The family retail music store in Nice was managed by Georges Delrieu's daughter, Sylviane Delrieu until its closure in 2013.