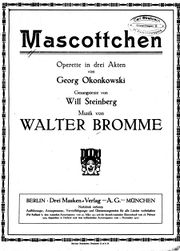 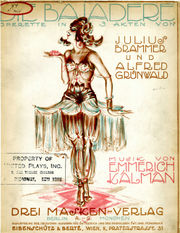 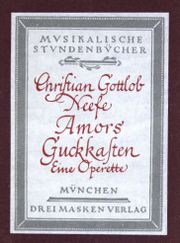 As its name suggests, this firm is essentially a theatrical publisher. It has moved back and forth between Munich and Berlin for the last 100 years.
Ludwig Friedmann founded the company in Munich in 1910, but soon, in 1912, moved to Berlin. He was interested in popular music: opera, operetta, dance music, and popular songs. Thus, he was in the same field as Chappell in London, Harms in New York, Bosworth in Leipzig, and Josef Weinberger and Doblinger in Vienna. Drei Masken published the works of Abraham, Benatzky, Burkhard, Dostal, Lehar, Kalman, Künneke, Kollo, Stolz, and Strauss. Friedmann founded a related book publisher in Munich in 1920, which became independent by 1930. As a result of aryanization the company was liquidated in the mid 1930s, but the music section continued with the name Dreiklang-Drei Masken. The theatrical publisher has a separate history.