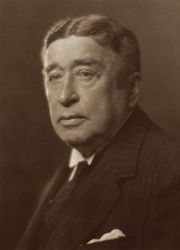 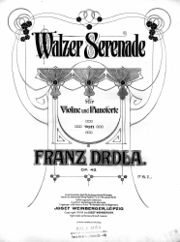 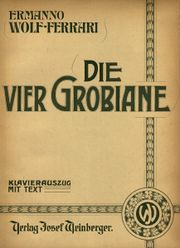 Josef Weinberger has been synonymous with popular musical theater for over 125 years. Weinberger was born the son of a goldsmith in Lipto St. Miklo in Hungary but his family moved to Vienna in 1865. In 1885 Josef Weinberger and Carl Hofbauer started an art and music store in Vienna, but the partnership ended when both partners set up on their own, Weinberger in 1890 and Hofbauer in 1892. Weinberger saw the potential, in publishing and licensing, of the craze for operetta, and made a connection with Johann Strauss II. Within a few years all the great operetta composers were his clients: Strauss, Millöcker, Zeller, Kálmán, Oscar Straus, Stolz, and Fall. He even provided licensing services for the last great Viennese operetta composer, Franz Lehár, who from the 1920s published through his own company, Glocken-Verlag.

The firm expanded quickly, opening branches in Paris (1885) and Leipzig (1889) where they worked with Friedrich Hofmeister. One of the most remarkable aspects of the developing Weinberger catalogue was the commitment to Czech music, and from April 1893 to August 1894 the Hofmeister entries were almost all by Smetana (various publications of Dalibor and Hubička as well as overtures) and Vilém Blodek (V studni); later additions included Tajemstvi (1895) and  Libuše (1897). Otherwise most of the repertoire was of popular music for various combinations, not least military bands, with von Suppé figuring prominently from 1895 onwards.

The mid 1890s also saw significant enlargements of the Weinberger catalogue through the acquisition of other publisher's lists: in 1894 the ancient firm of Artaria, then in 1895 items from the Kratochwill catalogue and over 1,500 works from the Kratz catalogue of theatrical works. This latter acquisition included a number of works with international performing rights, which encouraged Weinberger to open a Parisian branch in 1896, but it also reflected a shift in Weinberger's publishing interests towards theatrical music generally. Another major step in that direction was taken in 1897, when the entire theatrical catalogue of Gustav Lewy – which included the stage works of Johann Strauss the younger and Millöcker – were taken over (with the Strauss performing rights following in 1899).

Weinberger was active in three other fields apart from popular music. Firstly, he was Gustav Mahler's third publisher, issuing the Lieder eines fahrenden Gesellen in 1897, and distributing Symphonies nos 1—3, Das klagende Lied and Lieder aus des Knaben Wunderhorn (1900) on behalf of the owner of the publishing rights, the Erste Wiener Zeitungsgesellschaft. Secondly, he took an active part in setting up a trade association, AKM (Gesellschaft der Autoren, Komponisten und Musikverleger or society of authors, composers and publishers) to collect the performance fees due for non-theatrical musical works, in 1897. Finally, Weinberger was the driving force behind the founding of Universal Edition in Vienna in 1901, and not only served as its managing director until 1906 (when he was replaced by Arthur Fadüm), but also provided the new company with space in his own firm's premises until 1908.

Josef Weinberger died in 1928 leaving the firm to his daughters Katharina and Margarethe Weinberger, for whom the founder’s nephew Otto Blau (1893-1980) acted as manager. Blau could see the worsening situation for Jewish businesses in central Europe, and wisely set up a branch in London in 1936. After Hitler’s Anschluss in 1938 the firm was confiscated and given to Sikorski of Berlin, with the name Dr. Hans C. Sikorski KG Berlin, as was Anton J. Benjamin in Hamburg. Blau had an eventful war, being interned for a time as an "enemy alien" on the Isle of Man (U.K) - as were two members of the future Amadeus String Quartet- and later being deported to Australia. Fortunately Blau survived the war, although both Katharina and Margarethe Weinberger died in 1941 (see LexM article below). Blau rebuilt the firm from 1947, and even continued to expand, opening a branch in Frankfurt and taking over Octavia Music Co., Ltd.

In the last 70 years each branch of the firm has independently found opportunities in its local market. For example, the British branch has gone into music for the media, opening a production music library, JW Media Music, Ltd., and it also represents the Broadway publisher Music Theatre International, licensing their shows in Europe.

Josef Weinberger's plate numbers were issued in a regular chronological fashion. Plate numbers are in the format of J.W. ####. Dates in italics are estimated.