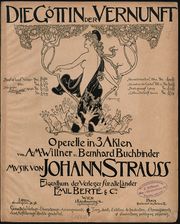 This firm was founded by Emil Berte (originally Bettelheim) (1856-1922), brother of operetta composer Heinrich Berté(1858—1924). It operated in Vienna from 1890. From 1908–12 Berte managed the Wiener Zentral-Musik-Verlag which was later taken over by Karczag & Wellner. From 1913 he led the firm Eibenschütz & Berte which published Puccini's Opera La Rondine (Die Schwalbe) in 1917.

Emil Berté's plate numbers were issued in a regular chronological fashion. Plate numbers are in the format of E.B.& Co.###. Dates in italics are estimated.