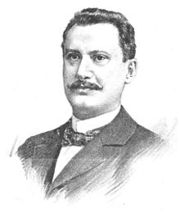 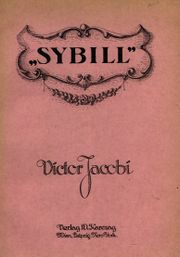 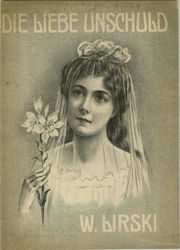 The names of Wilhelm Karczag (1857-1923) and Karl Wallner were synonymous with Viennese operetta in the second golden age (1900-1920) as impresarios and publishers.

Karczag came from Hungary and in 1894 settled in Vienna, where he finally took a lease on the historic Theater an der Wien in 1901. After opening the theater with an acclaimed Fledermaus his first successful premiere was the young Franz Lehár’s Wiener Frauen in 1902, followed by Die lustige Witwe (The Merry Widow) (the last mega-hit of Viennese operetta history which had had 483 performances by 1936) in 1905. He was immensely energetic and combined an artistic instinct- a talent for spotting hit operettas and talented young singers- with sound financial thinking. As a result he was able to hold a monopoly of the three main operetta theaters in Vienna at once (1917-23). The main composers were Lehár, Kálmán and Edmund Eysler(1874—1949).

Karl Wallner was Karczag’s partner from 1904 to 1911, both in theater management and in the publishing business. Publishing operettas was a mature business with two giants dominating the market: Josef Weinberger and Doblinger. However, thanks to Karczag & Wellner's reputation the new firm, which was founded on 1st September 1904, known as Karczag und Wallner Bühnen- und Musikverlag W. K, was a success. It published many operettas by Leo Fall, Karl Michael Ziehrer, Franz Lehár, and others. Examples include Fall's Die Dollarprinzessin (1907), Ziehrer's Der Liebeswalzer (1908), and Lehár's Zigeunerliebe (1909). Wallner left the company after only eight years, in 1912, and so the name was changed to Karczag (Wilhelm Karczag Musik- und Bühnenverlag und Vertrieb).

After Karczag’s death in 1923 his son-in-law Hubert Marischka (1882-1959), who later made a name in movie production, continued to manage both the theater and publishing businesses, but increasing competition in the 1930s– some composers defected to competitors and Lehar started his own publishing business, Glocken-Verlag- led to the publishing firm being dissolved in 1936.