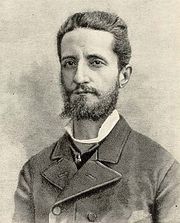 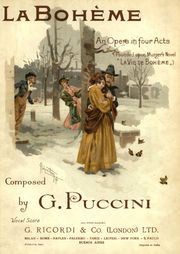 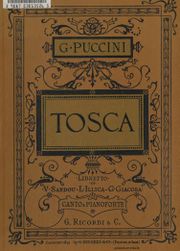 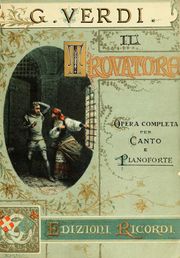 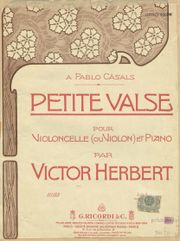 Casa Ricordi was founded in 1808 by violinist Giovanni Ricordi (1785-1853). In 1825, Ricordi purchased the complete musical archives of the La Scala opera house and in 1839 he acquired copyright interest in Giuseppe Verdi's music that marked the beginnings of a long working relationship. During the 1840s, the firm grew to become the largest music publisher in southern Europe. In 1842 the company commenced publishing the musical journal the Gazzetta Musicale di Milano. (1842-1902)

The firm continued to grow after the founder's death in 1853, under the Ricordi dynasty. It acquired F. Lucca at Verdi's behest in 1888. Until 1919, when outside management was appointed, four successive generations of Ricordis were at the helm of the company. The most notable personality was Giulio Ricordi (1840-1912) who was closely involved in nurturing the operatic career of composer Giacomo Puccini (1858-1924). Giulio Ricordi's interests also extended to composing, art, design and painting. Under him, the company issued the series of opera advertising posters (The Ricordi Portfolio, 1914) that became extremely popular throughout Europe in the late 19th and early 20th centuries and remain so to this day.

Despite severe damage from aerial bombardment in World War II, the Ricordi archives and collections survived largely intact thanks to the management's foresight in having them safely stored away from Milan. Following reconstruction after the war, Ricordi was converted to a limited corporation by the family in 1952 and in 1956 it became a publicly traded company. In 1994, Ricordi was acquired by the German conglomerate BMG's Music Publishing division.
In 2007 BMG then sold its entire music publishing business (including, in additon to Ricordi, Durand-Salabert-Eschig and Editio Musica Budapest) to the record label Universal Music Publishing Group (no relation to Universal Edition Vienna). Universal Music Publishing Group, formerly MCA, founded in the 1920s holds many copyrights including Strangers in the Night.

Note: Ricordi plate numbers were assigned in a regular ascending order for the most part. The list below gives ranges of numbers and corresponding year dates. Ricordi issued a plate number when a work was assigned to an engraver, so any given plate number could have taken more than a year to actually appear in print. The large jump in plate numbers in 1890 was due to the acquisition of the the complete catalogue of the Milian publisher F. Lucca the previous year. The letters that often appear before and after the number itself were a designation of which house engraver a given title was assigned to.