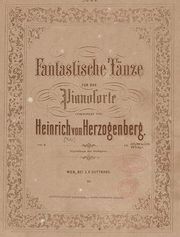 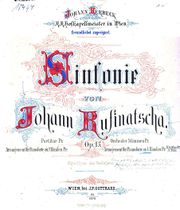 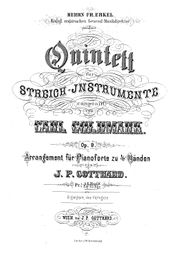 Bohumil Pazdírek (1839-1919) started this firm in Vienna in 1868 after working a few years for the publishers Spina, Gustav Lewy, and Doblinger. The firm was sold to Doblinger in 1880.

The firm was very productive, with 250 items in 12 years. In addition to dance music, piano pieces, and songs, the catalog included substantial works such as chamber music and symphonies by a number of respected composers of the Romantic era (in many cases their earliest published works): Gustav Jensen, Adolf Jensen, Johann Rufinatscha, Hermann Grädener, Robert Fuchs, Julius Zellner, Josef Labor, Ferdinand Hiller, Ignaz Brüll, Carl Goldmark, Jakob Dont, and Heinrich von Herzogenberg. In addition, the founder published at least fifteen of his own works, such as Mass in F, Op. 66 (available at Hathitrust), under the name J.P. Gotthard.

J.P. Gotthard's plate numbers appear in the format of ## or J.P.G. ###. Dates in italics are estimated.