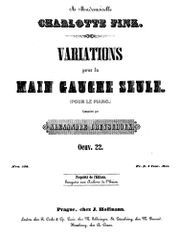 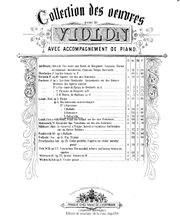 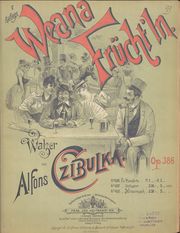 This firm published mainly light music from 1838 until the 20th century in Prague. It was founded by Jan Hoffmann (1814-1849), who had previously worked at Marco Berra's publishing house in the same city. Having married his employer's daughter, rather than wait to inherit his father-in-law's firm he set up in direct competition on his own. This proved to be a wise decision, since he predeceased his father-in-law by four years. On Jan Hofmann's death in 1849 his widow continued the business, later passing it on to her son Jaromir (1847-1918).

The catalogue was voluminous, with over 1200 works in the first 60 years. The most popular composers were Joseph Labitzky (dance music) in the 1840s, Alphons Czibulka and Karel Komzák II in the 1870s, and František Ondříček and Eduard Nápravník in the 1880s. The firm's most lasting item was Otakar Ševčík's School of Violin Technique, first published in 1881.