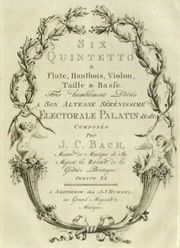 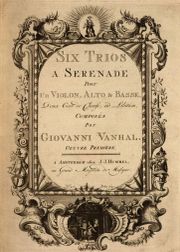 Johann Julius Hummel (1728-1798), from Waltershausen, Thuringia, came to the Netherlands around 1748 and settled in Amsterdam in 1753. He started a music store and publishing business, as did his younger brother Burchard in the Hague. Johann Julius was very energetic, opening a branch in Berlin in 1770, and making his home there in 1774, leaving his daughter Elisabeth Christina in charge of the main office. The firm was described as Chez J. J. Hummel à Berlin, à Amsterdam au Grand Magasin de Musique.

Hummel published around 1000 instrumental works by the famous composers of the day including Joseph Haydn, Luigi Boccherini, Johann Christian Bach, Carl Stamitz, Ignaz Pleyel and Wolfgang Amadeus Mozart. After the death of the two brothers, in 1797 and 1798, the Hague firm was wound up, but the Amsterdam-Berlin firm continued under Johann Julius' son, Johann Bernhard Hummel, and published a further 400 items before ceasing business in about 1820.